The boundless realms of His Father's universe belong by right to Christ. As "heir of all things,"1 He is the sole proprietor of the vast creation of God, and He has admitted us to claim it all as ours, by making us His fellow heirs. The golden streets of paradise, the pearly gates, the river of life, the transcendent bliss, and the unutterable glory are all, by our blessed Lord, made ours for an everlasting possession. All that He has, He shares with His people.

The royal crown He has placed upon the head of His Church, granting her a kingdom, and calling her sons a royal priesthood, a generation of priests and kings. He uncrowned Himself that we might have a coronation of glory; He would not sit upon His own throne until He had procured a place upon it for all who overcome by His blood. Crown the head, and the whole body shares the honor.

Here then is the reward of every Christian conqueror! Christ's throne, crown, scepter, palace, treasure, robes, heritage are yours. He deems His happiness completed by His people sharing it. "The glory that you have given me I have given to them."2 "These things I have spoken to you, that my joy may be in you, and that your joy may be full."3

As a thank-you from us for your gift, we'll send along this month's resource: Do You Pray? 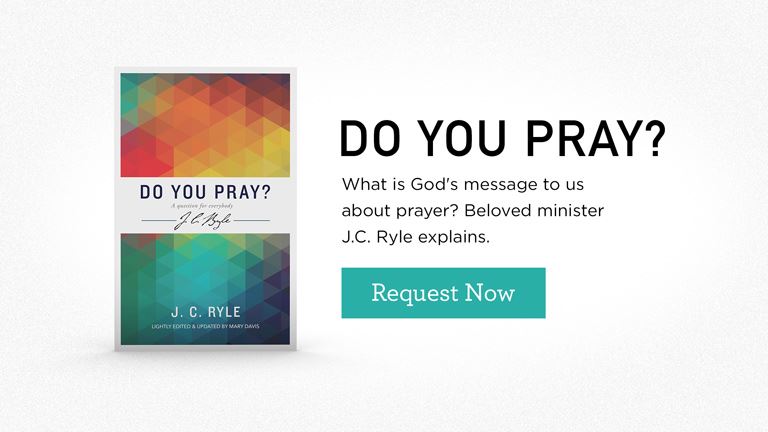 This content first appeared on Crosswalk.com and is used here with permission. To view the original visit: https://www.crosswalk.com/devotionals/truth-for-life/truth-for-life-may-14-2019.html