Today’s Truth
Now faith is confidence in what we hope for and assurance about what we do not see (Hebrews 11:1, NIV).

Friend to Friend
I simply could not take it any longer. The list of impossibilities had grown too long. Usually I could make things happen. I could make the difficult phone calls and sweetly cajole people into doing what I wanted them to do. Not today. Today every door slammed in my face. No one could be cajoled. I had to wait. And I do not like to wait.

I burst into tears. I felt the panic attack coming and could not seem to do one thing to stop it. Fortunately, my husband had gone to bed early. I was alone and found myself crying out to God, “I need someone to tell me what to do! I just need someone to help me!”

Have you ever felt that way?

I felt like the children of Israel stranded in the wilderness … wondering if their deliverance would come. What if it didn’t? What then? Did they have panic attacks, too? They must have cried out in desperation and questioned God. Right? They were frail humans like me. Do you remember their situation?

The Israelites were camped on the bank of the Jordan River. Forty years earlier, they had escaped from Egypt and had been wandering around in the wilderness ever since. God had met all of their needs, performed miracles before them, and they could even see Canaan, the Promised Land. There was one small problem.

A huge river stood between them and the Promised Land, and there was no way around it. To make things worse, it was flood season. The usual places to cross were covered with deep, rushing water. The Israelites knew God could stop the river. He could throw a bridge across it - but He didn’t. Instead, He gave Joshua some very strange orders.

First, the people were supposed to keep an eye on the Ark of the Covenant. Second, as soon as they saw the priests carrying the Ark, the people were to fall in line behind them. Joshua told the people to expect amazing things. Sure.

Joshua then commanded the priest to pick up the Ark and stand in the river. That’s right. Stand. In. The. River!

God told His people He would make a dry path through the river, but the priests had never seen that happen.

Do you think the priests had taken swimming lessons? I. Don’t. Think. So. And Joshua was telling them to put their toes in the water while carrying the Ark? Seriously?

Faith. God was asking them to step out in faith.

I don’t imagine the Israelites had a great deal of faith in God at that moment, but they had just enough faith to take that first step. And that was enough.

Joshua 3:15-17 During harvest the Jordan overflows its banks. When the priests carrying the Ark came to the edge of the river and stepped into the water, the water upstream stopped flowing. It stood up in a heap. So the people crossed over.

Notice that God did nothing until those toes touched the water. He just needed to see that first step. We often won’t take the first step because we’re afraid we won’t be able to make the whole journey.

When the tears stopped, I felt cleansed and a little more stable. I prayed … confident that my Father heard every word … even the ones I couldn’t say. But He knew.

“Mary, put your toes in the water.”

I knew He was going to say that. Putting my toes in the water meant I was going to have to totally trust Him with the most frightening and violent river I had faced in a long time.

I simply did not want to even touch this new and foreign water.

I wanted answers. I wanted a plan that would part the raging sea in front of me.

And God was asking me to just stand and wait on Him … to trust Him and put my toes in the water.

Why couldn’t He just do it my way for once … a way I could understand? Why did I have to do it His way … a way that made no sense and seemed so hard?

Faith. It was a matter of faith.

He wanted to strengthen my faith. And I didn’t want to go through another faith strengthening experience. There had already been so many.

It took all my energy just to breathe.

I just needed God to calm the raging sea in front of me so I could get to the other side. He could do that with a single thought. But He wasn’t going to. I knew that.

“Mary, put your toes in the water.”

And this time, I heard the love behind each word. He loved me enough to entrust this new trial to me. He knew I would do the best I could. My Father believed in me. And He believes in you.

No matter where you are. No matter what you are facing. Step out in faith. Put your toes in the water. He is with you.

Let’s Pray
Father, I am afraid and can’t see a way out of this wilderness. But I am putting my faith in You. I am putting my toes in the water and trusting You to make a way.

Now It’s Your Turn
Memorize Proverbs 3:5-6 and record it in your journal.

Share your decision to be a woman of faith with other women who have the same desire. Hold each other accountable and encourage each other to walk by faith.

More from the Girlfriends 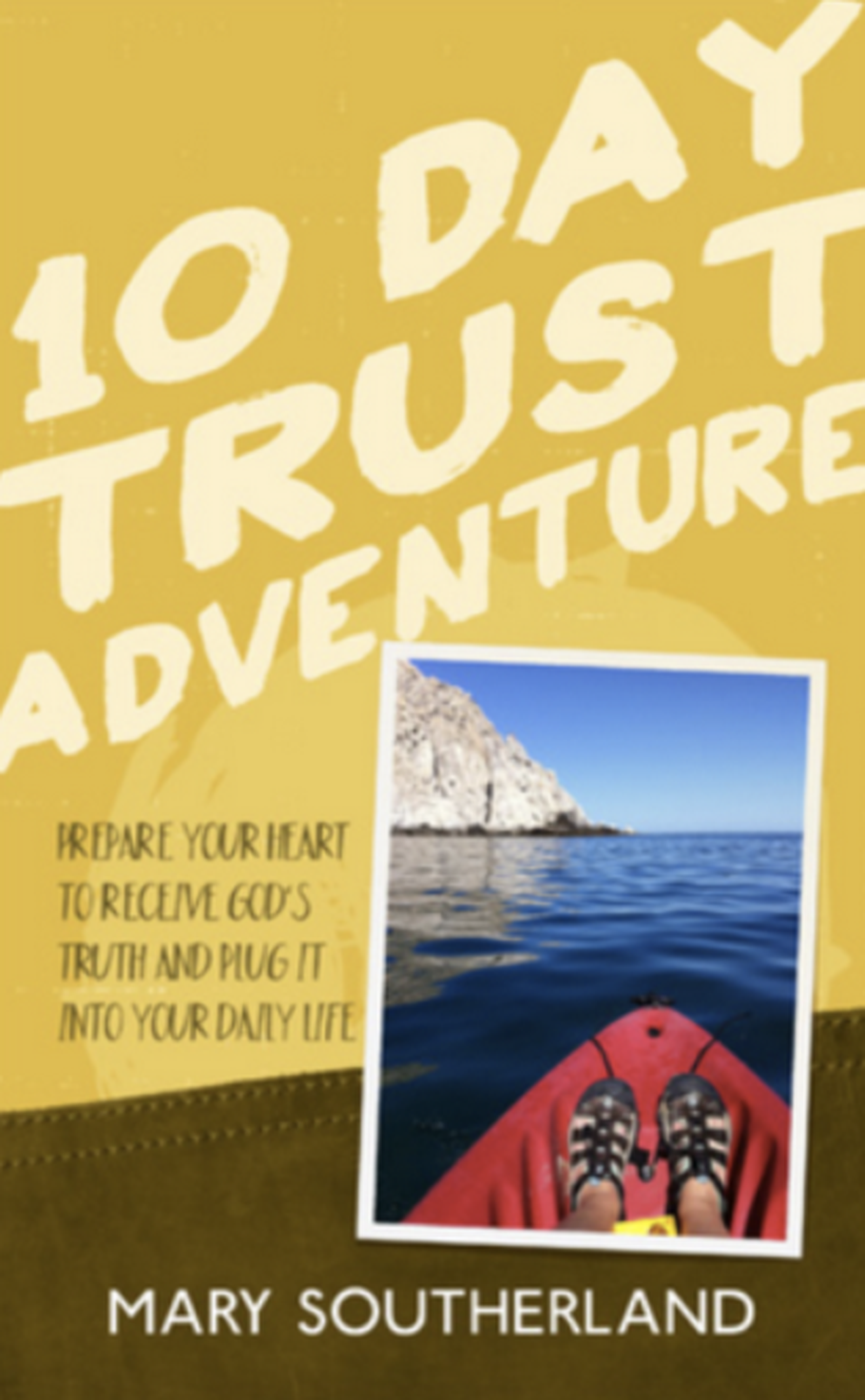 Mary’s book, 10-Day Trust Adventure, delivers a powerful message that will help you learn how God can weaken your doubts and strengthen your faith.

Be sure to drop by the page on Mary’s website with FREE MP3s.  And connect with Mary on Facebook or through email. Want more of Mary’s devotions like this one? Sign up for Mary’s Blog.

This content first appeared on Crosswalk.com and is used here with permission. To view the original visit: https://www.crosswalk.com/devotionals/girlfriends/girlfriends-in-god-may-11-2020.html