Take Smartphones Away from Kids

When parents hand their children small portable computers with virtually unlimited access to the Internet, they should not be surprised when their kids—especially their sons—dive into pornography. Unfortunately, with boys at least, it’s in the nature of the hormone-jacked beast. Moms and dads who would never leave their kids unattended in a room full of pornographic DVDs think nothing of handing them smartphones. This is morally insane.

No adolescent or young teenager should be expected to have the self-control on his own to say no. Earlier in this book, we discussed the catastrophic impacts pornography can have on the brains of addicts. According to the University of New Hampshire’s Crimes Against

Children Research Center, 93 percent of boys and 62 percent of girls have seen online pornography in adolescence.12 It may be impossible to guard their eyes constantly, but it is irresponsible of parents not to try. Plus, parents in peer groups should work together to enforce a smartphone ban among their kids.

Moreover, teenagers are far too immature to understand the serious legal trouble they can get into with sexting. In many jurisdictions, sending sexually explicit images of minors counts as transmitting child pornography. Is it fair to put an impulsive tenth grader in the same category as a pervert? No, but that’s a call for the district attorney and the judge. Even if your child avoids conviction, to be dragged through the legal process with the prospect of sex offender status hanging over his head, potentially for the rest of his life, can be financially and emotionally devastating to a family.

Finally, though most teens who sext will never find themselves in legal jeopardy, the moral dimension can be ruinous. The habit trains kids to objectify the opposite sex, treating them as commodities, and to regard their own sexuality as something to be marketed for status. A single illicit image that hits social media can destroy a teen’s reputation and set them up for bullying and abuse.

Aside from the risk of pornographic content, there is the critical problem of what too much online exposure does to a young person’s brain. If we don’t treat our homes and schools as monasteries, strictly limiting both the information that comes to our kids (for the sake of their own inner formation), as well as their access to brain-altering technologies, we are forfeiting our responsibilities as stewards of their souls—and our own.

Did you know that Apple Computer founder Steve Jobs did not let his children use iPads and strictly limited their access to technology? Jobs was not the only one.

Chris Anderson, a former top tech journalist and now a Silicon Valley CEO, told the New York Times in 2014 that his home is like a tech monastery for his five children. “My kids accuse me and my wife of being fascists and overly concerned about tech, and they say that none of their friends have the same rules,” Anderson said. “That’s because we have seen the dangers of technology firsthand. I’ve seen it in myself, I don’t want to see that happen to my kids.”

If that’s how Silicon Valley tech geniuses parent, how do we justify being more liberal? Yes, you will be thought of as a weirdo and a control freak. So what? These are your children.

“The fact that we put these devices in our children’s hands at a very young age with little guidance, and they experience life in terms of likes and dislikes, the fact that they basically have technology now as a prosthetic attachment—all of that seems to me to be incredibly short-sighted and dangerous,” says philosopher Michael Hanby.

“It’s affecting their ability to think and to have basic human relationships,” he said. “This is a vast social experiment without precedent. We have handed our kids over to this without knowing what we are doing.” 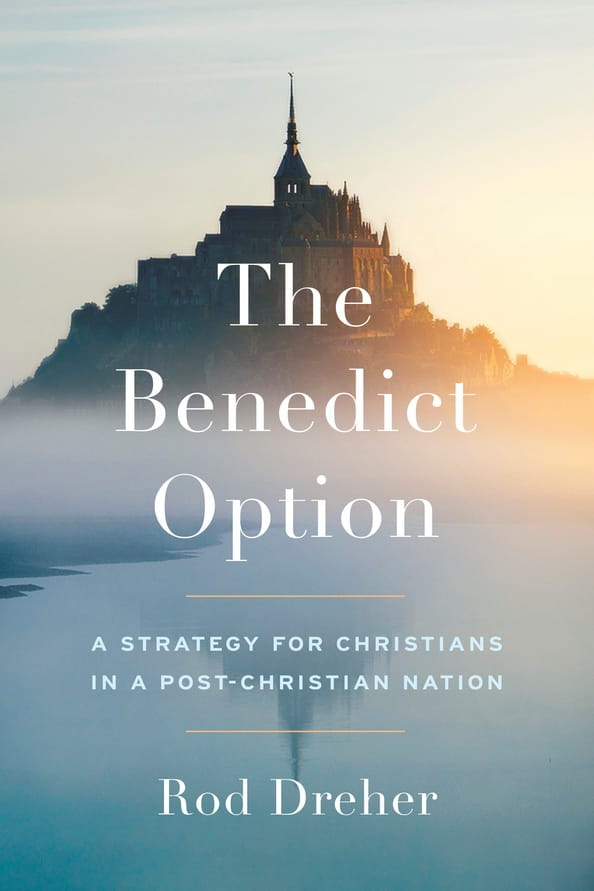 Excerpted from The Benedict Option: A Strategy for Christians in a Post-Christian Nation by Rod Dreher with permission of Sentinel, an imprint of Penguin Publishing Group, a division of Penguin Random House LLC. Copyright © Rod Dreher, 2017.

ROD DREHER is a senior editor at The American Conservative and the author of Crunchy Cons, How Dante Can Save Your Life, The Little Way of Ruthie Leming, and The Benedict Option.

This content first appeared on Crosswalk.com and is used here with permission. To view the original visit: https://www.crosswalk.com/family/parenting/kids/the-big-downside-of-your-kid-having-a-smartphone.html

An Advent Prayer for Faith - Your Daily Prayer - December 4