I'm typically the person in my community who tells friends about the latest and greatest faith-based entertainment.

But with The Chosen, the roles have been reversed.

Season 1 was still being rolled out several years back when I learned of friends who were anticipating the finale. Keep in mind: I had never told them about The Chosen. Simply put, they had discovered the series through social media and had gotten hooked.

Since then, the worldwide fan base had grown far beyond anything the filmmakers had anticipated.

And now, Season 3 is on the verge of being released.

Here are four things you should know about Season 3: 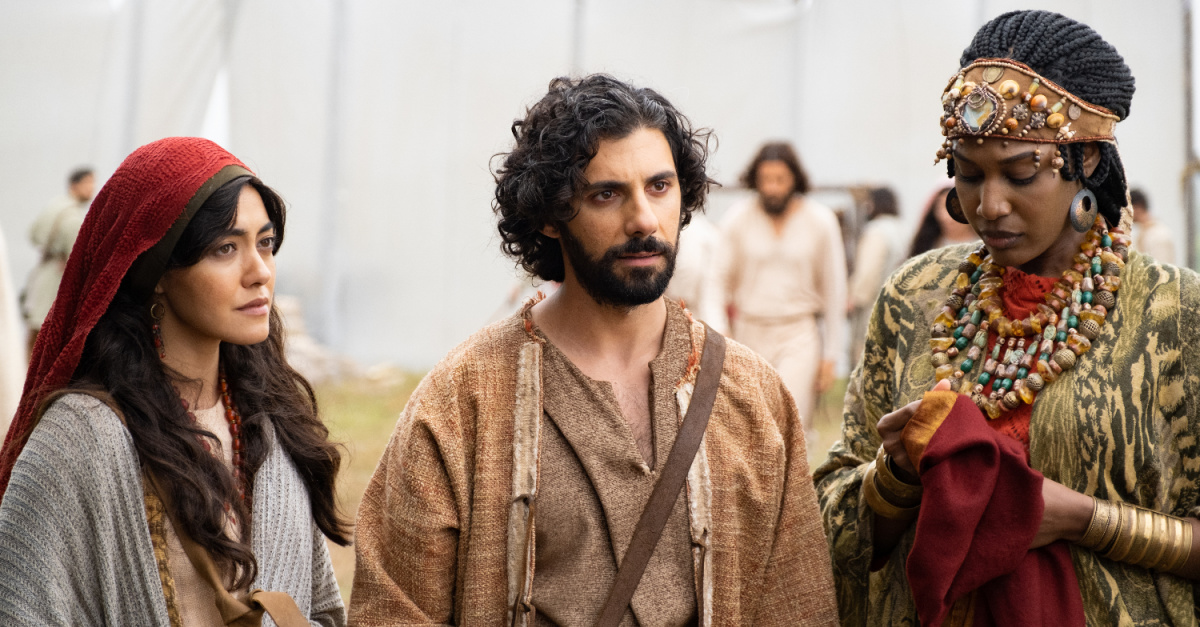 1. It's Opening in Theaters

The Chosen became the most successful crowdfunded media project of all time thanks to a donation-based straight-to-streaming strategy that has attracted more than 400 million views worldwide and an estimated 94 million viewers.

The Chosen team reached a new market last year with the release in theaters of Christmas with The Chosen: The Messengers, a film/musical event that broke Fathom records for total gross and ticket sales. (Fathom was its distributor.)

Season 3 of The Chosen will launch in theaters, too, with the release of the first two episodes Friday, Nov. 18 – thus giving fans and newcomers alike a chance to enjoy the story on the big screen. Those episodes will be available on The Chosen app in December, according to director Dallas Jenkins.

Fathom will distribute this film, too.

"The Christmas special showed us that we do have a place in the theatrical realm. And that was new for us," Katherine Warnock, head of original content for The Chosen, told Crosswalk and other media members. "We did not expect the Christmas special to perform to the degree that it did." 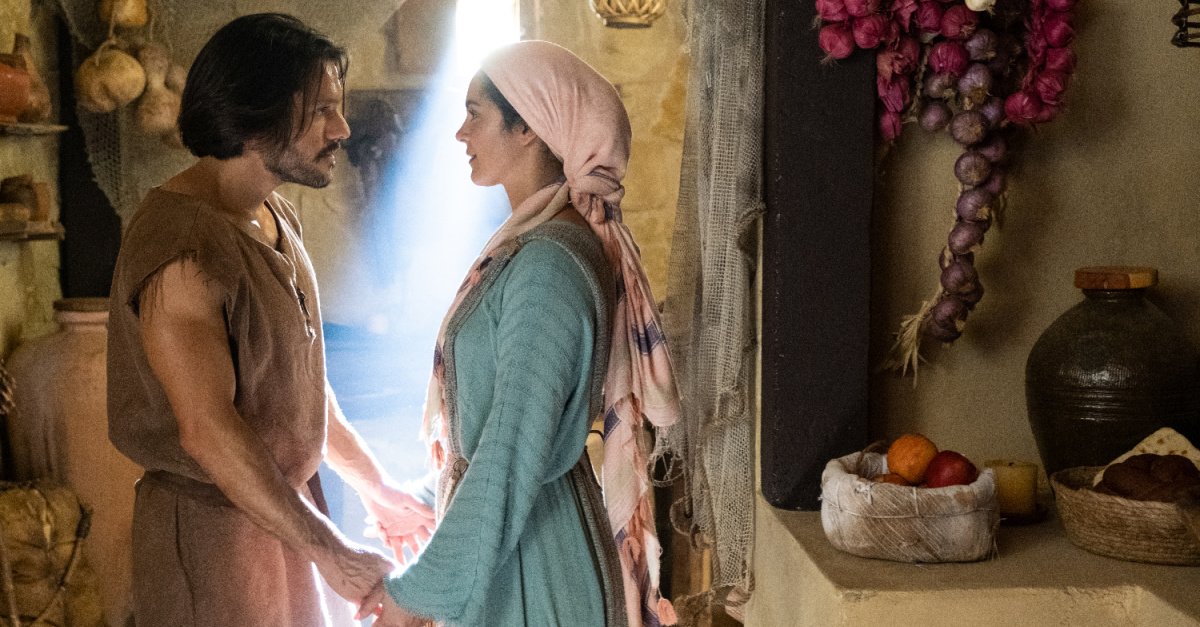 Season 3 was the first season filmed at the series' new 900-acre permanent home in Texas, near Midlothian just outside of Dallas. The film campus includes an authentic-looking first-century village (Matthew's home is the largest home of the disciples), a 30,000-square-foot soundstage (a football field could nearly fit inside), offices and a lake.

The new campus was built in partnership with the Salvation Army and its Camp Hoblitzelle, an adjacent property.

Up until Season 3, The Chosen "didn't really have a home," said Brad Fogarty, a crewmember.

"We're doing seven seasons of this thing … and we needed a place to call home," he said.

Although The Chosen will have priority, the film campus can be used to make other projects when the series is not in production.

The soundstage is the only "true" soundstage in the state of Texas, officials with the series say. 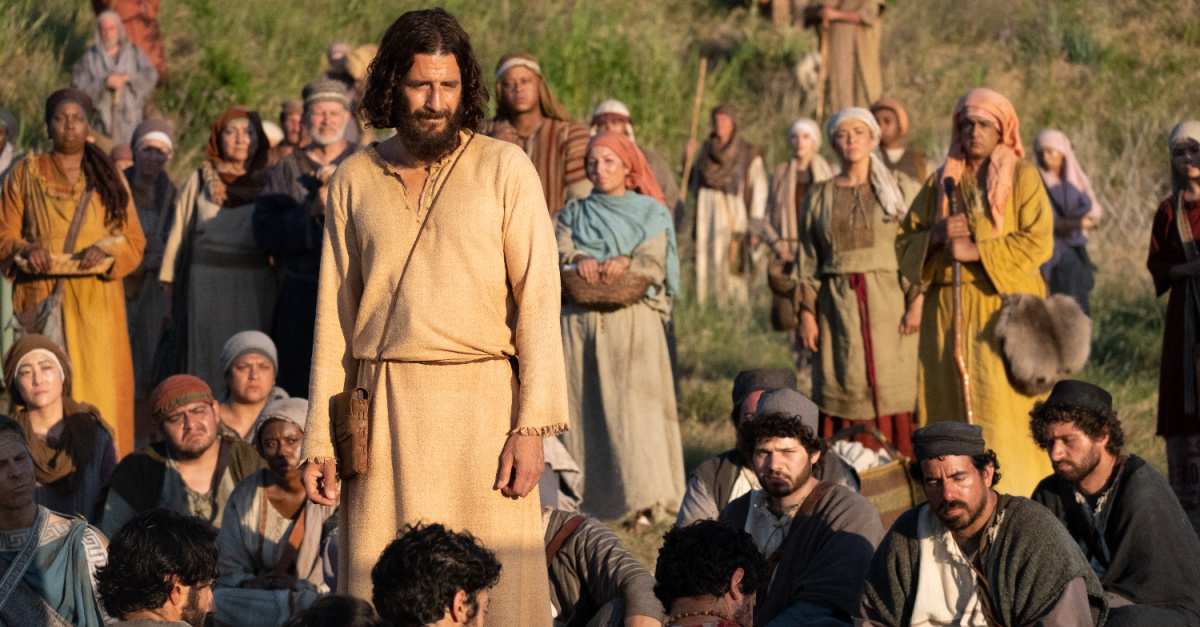 3. It Includes the 'Hardest' Chosen Scene Ever Filmed

Director Dallas Jenkins says the theme of Season 3 involves the words of Jesus in Matthew 11:28: "Come to me, all you who are weary and heavy-laden, and I will give you rest." In this new season, he says, the "honeymoon phase" is over for the disciples, and they will now have to "deal with the costs and occasional confusions of following the Messiah."

Season 3 also includes one of the most famous stories in the Bible: the miraculous feeding of the 5,000. Although filmmakers could have used special effects to depict such a large crowd, they instead chose realism, inviting thousands of Chosen fans to the set. Fans sewed their own costumes. They paid their own way. (I personally know of a family who drove nearly 1,000 miles to take part – other families traveled even further.) All total, the "feeding of the 5,000" extras represented all 50 states and some 36 countries.

"The filming of the feeding of the 5,000 was by far the hardest thing I've ever done and likely ever will do as a director," Jenkins said. "The heat, the responsibility for giving a good experience to thousands of people, the complexity and size of the scenes … overwhelming. But I have hope the final product will bear fruit."

Season 3 includes the disciples being sent out "two by two" (Mark 6:7), Jenkins said.

It also includes the addition of Judas, the traitor. Jenkins called it a "tricky" storyline.

"Little James," Jenkins said, has one of the "most memorable scenes" of the season, although Simon, Matthew and Mary Magdalen remain three of the main characters. 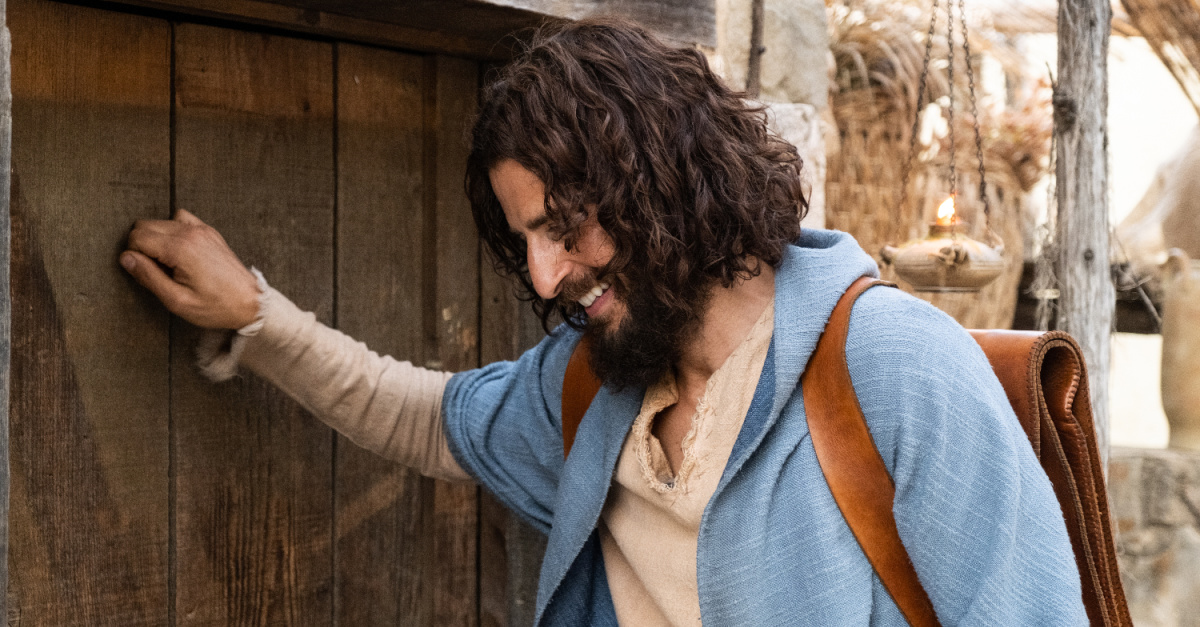 If you're curious about how the series is impacting the world, then visit the community portion of The Chosen app. There, people from around the world share their thoughts each day.

"It has been such a blessing for me," a fan from Mexico wrote recently.

"This series has made me fall in love with Jesus even more," a fan from South Africa wrote.

Actor Brandon Potter, who plays Quintus, told Crosswalk he was placing an order at a coffee shop during the pandemic when a worker recognized him. The crazy part? Potter was wearing a mask and sunglasses.

"She said, 'You're Quintus from The Chosen.' I was definitely caught off guard."

Amber Shana Williams, who plays Tamar, said her brother was working at his job at a home appliance store when a customer started a conversation about The Chosen. The customer's favorite episode was one with Williams.

"My brother goes, 'That's my sister."

Elizabeth Tabish, who plays Mary Magdalen, said she's been recognized while walking through Disneyland. Fans, she said, identify with the characters: "If [Mary] can be redeemed and saved and loved deeply by Jesus, then any of us can."

Michael Foust has covered the intersection of faith and news for 20 years. His stories have appeared in Baptist Press, Christianity Today, The Christian Post, the Leaf-Chronicle, the Toronto Star and the Knoxville News-Sentinel.

This content first appeared on Crosswalk.com and is used here with permission. To view the original visit: https://www.crosswalk.com/culture/television/4-things-you-should-know-about-season-3-of-the-chosen.html