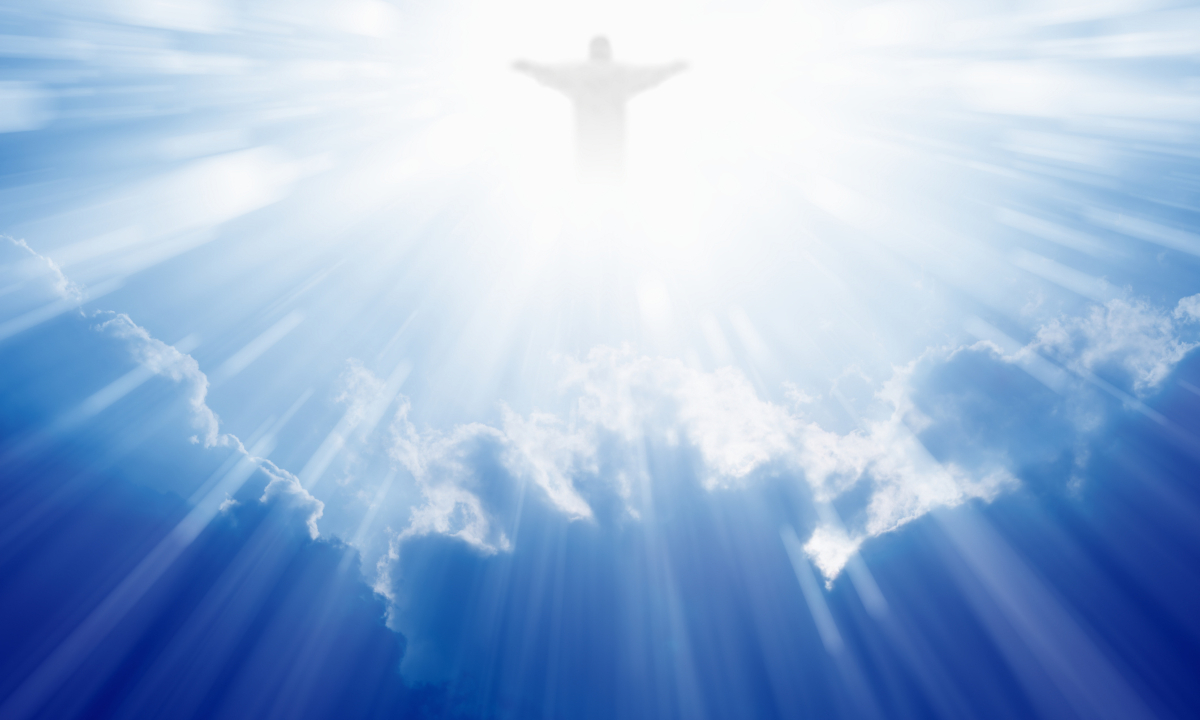 100,000 Americans are dead of Coronavirus. No sooner do we see the horrific video of the murder of Ahmaud Arbery than we see the video of George Floyd choked to death with a police officer’s knee on his neck. Riots then broke out in Minneapolis, and, as I write this, the city is still burning. And on and on and on goes one event of mayhem after another. It feels as though every institution is failing, every norm is collapsing. Many of you, from what you’re telling me, are feeling numb and helpless and overwhelmed. That’s a scary place to be.Several weeks ago, I pulled out one of my favorite C.S. Lewis books in order to talk about it on one of the “Reading in Exile” videos. The book was The Weight of Glory, a collection of essays, and my copy has been with me all of my adult life. Flipping through it to remind myself what would be of interest, I scanned over all the pages that I had marked and highlighted in the years past. One of them was less marked-up than the others, and that was Lewis’ “Learning in Wartime,” a sermon that he delivered in the Church of St. Mary the Virgin in Oxford in the autumn of 1939.

The reason, I think, that this essay was not as marked-up as the others is, I’m sure, because my younger self would have seen it as more of a historical relic than a matter of ongoing concern. After all, Lewis’ subject was students at Oxford wondering how and why to study when their country was under attack and the entire globe was convulsing under the weight of World War II. That seemed to be a distant time, a far-off concern.

It doesn’t seem that way now.

In the weeks since, I’ve noticed that many others are also turning back to “Learning in Wartime.” Margarita Mooney penned a moving essay in the Hedgehog Review about how the sermon can help us “prune our minds” in a time of crisis. Jonathan Adler also examined the sermon in light of the present moment over at Reason magazine (note: y’all know I’m not an end-times conspiracy theory hawker, but when libertarians are turning to C.S Lewis, turn in your Bibles to Revelation because, friends, we’re almost there).

In his sermon, Lewis addressed a number of obstacles to focusing the mind in a time of crisis. All of them are relevant, but I want to focus on one here that seems to be of particular concern to many of us, and that is what Lewis calls “frustration.”

The frustration Lewis talked about was both a sense of limited time, “the feeling that we shall not have time to finish” and a sense of futility—this is going to fail so why do we give attention to it? That certainly seems relevant to the present moment. Much of what we face leaves us helpless before it, no matter how much motivational talk we give ourselves. No matter how we declare ourselves “re-opened,” a virus pays no attention to government edicts or human psychology, and it is not going away. Racism is not swept away by the upward march of history. Racism is a religion, and that religion is Satanism, the idolatry of the flesh and the will-to-power. And when we see the images by video done secretly of these killings, or the television images of the protests and riots in the aftermath, we wonder, “What can be done?”

And that’s where Lewis cheers me with his motivational pessimism. He tells us that we should not be surprised by the helplessness and frustration we feel because, in one sense, everything we do comes to nothing. One could easily conclude, “I am going to die someday so why would I bother with nutrition and hydration?” or a Christian could say, “I’m still going to be a sinner twenty years from now, if I live that long, so why do I try to pursue holiness now? Let’s just find some cocaine and prostitutes.” God forbid.

What we have is the present, and for that we must give an account. “It is our daily bread that we are encouraged to ask for,” he said. “The present is the only time which any duty can be done or any grace received.” Knowing that, we can be faithful in the moment, even when we don’t know the future, the outcome, our success or failure or even how to gauge those things.

That’s because, Lewis reminds us, the crises we face are unveilings of awful realities, heightened manifestations of awful things, but they are all pre-existing conditions. We face life-or-death questions—personally and societally. Will the virus kill us or someone we love? Will injustice triumph in our legal system? Will our social and civic norms hold or splinter apart? Those are all very real questions but they are heightened intensifications of what we face every second of our lives.

That’s why Lewis wrote that “there is no question of life or death for any of us, only a question of this life or that—of a machine gun bullet now or a cancer forty years later.” We will die, and wars and pandemics do not make death more frequent. That sort of pessimism can lead to devilish places of cynicism and inaction. “Well, we’re all going to die of something, so let’s pull off the masks and dance” or “Well, hatred goes all the way back to Cain and Abel so let’s just ignore our consciences when they show us our part in it.” Jesus warns us against this sort of sloughing off of our stewardship (Matt. 25:15-28) and so do his apostles (2 Cor. 5:10; Gal. 6:9; 2 Thess. 3:13)

Instead, Lewis argued, that frustration and feeling of helplessness should lead us somewhere else—to the right kind of disillusionment.  “All the animal life in us, all schemes of happiness that centered on this world, were always doomed to a final frustration,” he said. “In ordinary times only a wise man can realize it. Now the stupidest of us knows. We see unmistakably the sort of universe in which we have all along been living, and must come to terms with it.” We come to terms with it not by sanctifying it, but by seeing what is wrong and crying out for the alternative.

The death of our illusions, then, isn’t meant to paralyze us but to re-shape us into the people who know how to weep and how to groan and how to point to a different sort of kingdom. As he said: “If we looked for something that would turn the present world from a place of pilgrimage into a permanent city satisfying the soul of man, we are disillusioned, and not a moment too soon.”

Not a moment too soon.

Disillusionment can be soul-destroying. I see it all the time in people who have just given up, and made peace with the way-things-are. But the right kind of disillusionment can be a blessing. As David Foster Wallace pointed out (though never, it seems, really grasped himself) the moment that your idols disappoint you, that is a moment of revelation.

Disillusionment can lead to awful places—to cynicism, to laziness, to inaction, to despair. Or it can lead one to let go of every other stable place, and retrace one’s steps to the bush aflame with the Weight of Glory, a bush that does not tell us why things are the way they are, but tells us only “I Am That Which I Am.”

These days I find myself thinking quite a bit about the transfiguration, that moment when Jesus took Peter, James, and John up onto a mountain and then, mysteriously, exploded with radiant glory. They heard there the voice of God, and they saw Moses and Elijah with him. I identify with Simon Peter who “did not know what to say, for they were terrified” (Mk. 9:6), and so, as he often did, said something stupid. He asked to build “tabernacles” there for the three of them. He wanted a monument, a marker, that would make that place a place of stability, a memorial of where the glory had appeared and who had been there in it. But, from the cloud, the Voice of God countered:  “This is my beloved Son; listen to him!” (Mk. 9:7). And, after that: “suddenly, looking around, they no longer saw anyone with them but Jesus only” (Mk. 9:8).

The glory of God was not in stable monuments but in the life of Christ, and the life of Christ only. Everything else is stripped away. “All other ground is sinking sand,” one might say. And that’s true for all of us as we follow the Way of the Cross.

Stripped away from everything but life in Christ—from all the glories you thought you wanted in order that you might see the Glory of God reflected in the face of Christ Jesus (2 Cor. 4:6)—that’s what gives us the will to keep going—to love neighbor even when hated for doing so, to love life even when you know it will end, to love God even when you cannot see how he’s at work. That’s how we can walk back down the mountain to follow him, even in—especially in—times of blood and plague and terror and tragedy.

This post originally appeared as a part of my weekly newsletter, Moore to the Point. You can read the rest of that newsletter or subscribe for free here.

This content first appeared on Crosswalk.com and is used here with permission. To view the original visit: https://www.crosswalk.com/blogs/russellmoore/the-weight-of-glory-in-a-time-of-blood-and-fear.html

Seize the Day? - iBelieve Truth: A Devotional for Women - August 11