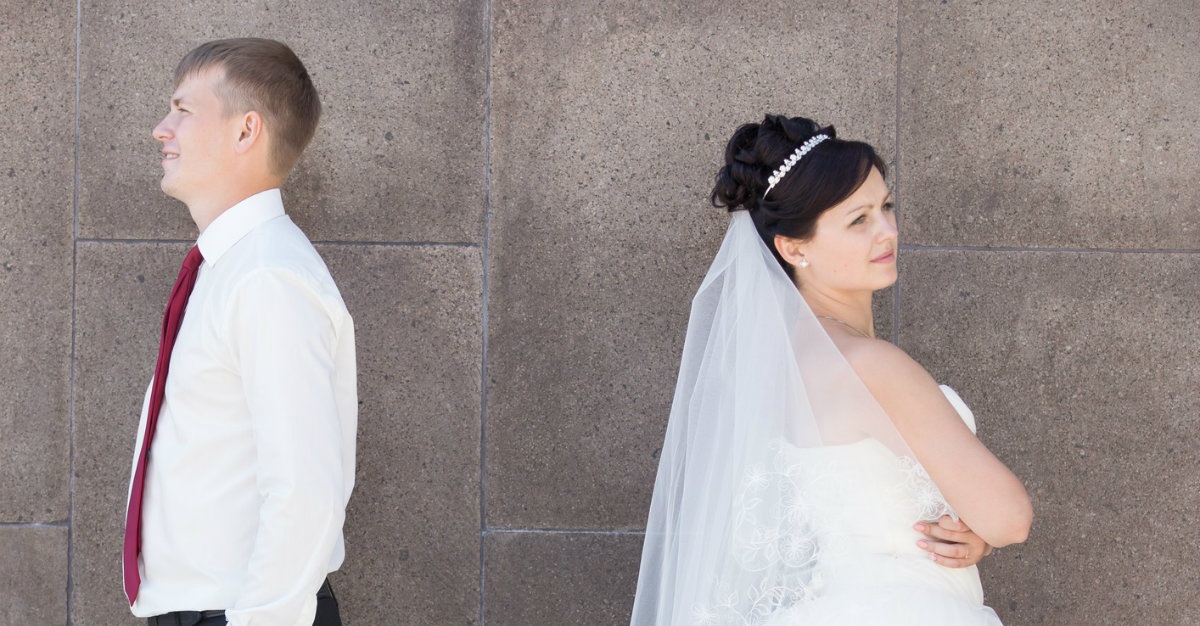 Every pastor is faced by the dilemma of whether to marry certain couples. And I’m not referring to the twosomes that come in, where the immediate answer is, “Sorry; not in this lifetime.” Some of the decisions get complicated really quickly.

I had honestly forgotten about this one until it popped up in my journal from 20 years ago. A friend recently filled me in on the rest of the story.

A highly respected pastor friend called me from another state. A couple from his church wanted to be wed in my city, some 200 miles away. Would I be able to do the ceremony? A simple enough request. That happens a lot. New Orleans, where I lived from 1990 until October of 2016, seems to be a wedding destination for a lot of people. One time the bride’s family was from New England and the groom’s folks lived in Texas. So, New Orleans was a convenient spot for everyone to meet in the middle.

So, nothing complicated about this request, I assumed. The wedding would be at a hotel and my congregation would not be involved at all.

I cleared the date on my calendar, called the groom and we set up a time for the bride and groom to visit in my office.

A day or two later, in chatting with someone from that pastor’s city, I happened to mention in passing that I would be doing this wedding. She said, “Oh no. You are? You don’t know?”

She informed me that this was a full-blown scandal. The groom had had an affair with this woman, his wife had divorced him, and now he was marrying the mistress. And I was an accomplice.

I made a quick phone call to someone who affirmed what the friend had told me.

I was one unhappy camper.

So, I did what you think I did.

I phoned the pastor.

I said, “I think there is more to this story than you have told me.”

Now, that pastor had shown himself to be my friend during a low period some years earlier. Quite honestly, I felt indebted to him. And, I had always held him in great esteem. He was a man of high integrity, I believed.

The pastor said, “Yes, that did happen. But it was some time ago. The groom has confessed and repented of it, and assures me the Lord has forgiven him. And the woman he’s marrying is not the one who broke up his marriage.”

Conducting an investigation into this is not my place, not my skill set, and not my desire.

I did the wedding. I’ve not come to that place in my journal, but am reasonably sure that I went through with this. As I say, it was many years back.

Here’s the rest of the story.

Recently, I had occasion to visit with the friend who had told me about the scandal 20 years ago, the one which prompted my return phone call to her pastor. I told her about running across this in my journal, and asked for her take on the matter after all these years.

She remembered it all vividly.

“There was a scandal, the woman you married him to was the one who broke up his marriage, and my pastor did not tell you the truth.”

She continued, “My beloved pastor did not like confrontation, and could not stand to disappoint people. So, if the groom told him his adultery was old news and that the bride-to-be was not the one who broke up his marriage, he chose to believe it. But everyone else in the world knew the truth on that.”

And then she told me something more painful than any of it.

“Things like that are the reason my daughter doesn’t go to church any more. The church is run by such people who lie and cheat, run around on their wives, and live just like the world. She’s disgusted by it all.”

I have to say I’m fairly disgusted by my part in this sordid business.

It’s tough turning down a friend and hard to go back and tell someone you’ve changed your mind after getting more information and won’t be doing their wedding. You put them in a position where they demand to know what you’ve been told, who told it, and insist they are being victimized.

Some of these issues have no simple answer.

Sooner or later, most pastors come to the point of telling the Lord, “You called me to preach, not to marry people. Why must I do this? Furthermore, You said nothing in the Word about preachers having to marry people. Why is this part of my job? Nothing about this upcoming wedding feels right. And yet, I’m going to be burned at the stake if I say no and ashamed if I say yes.”

Along about this same time–two decades ago–my notes indicate that I did turn down one couple who asked me to do their wedding. They belonged to a sister church in the area. The woman’s divorce had become final one month earlier and they had been going together only three months. Furthermore, their own pastor was insisting on several premarital counseling sessions before he would do the ceremony, and they were too impatient for that. They just “knew,” they insisted, that this was of God and no one was going to stand in their way.

That one was easy.

I had nothing invested with this couple and had no difficulty informing them that I would not do their wedding. I told them they needed to back off and slow down and take the route their pastor laid out. The man responded that they would just go to a judge and have a civil ceremony. Fine with me.

What I Wish I Had Done

There is a time to call one or two mentors–godly, veteran pastors whose counsel will always be straight and trustworthy–and throw this matter to them. I wish I’d done that.

And, I wish I’d had the nerve–the courage, the sheer gall–to call my pastor friend and beg off. “This just doesn’t feel right and I’d like to ask you to let me say no.” He was such a gentleman, there is no doubt in my mind he would have thanked me and that would have been the end of it, at least for me. Why I didn’t, I don’t know.

I wish I had had a clear word from the Lord on this, one way or the other. Did I pray sufficiently to get that word? I don’t know. It was a long time ago.

“We walk by faith, not by sight” (2 Corinthians 5:7). Which means we see through a glass darkly, as Paul says in another place. And that means, the light we have is often dim and the way unclear, and thus we will not always get it right.

We should live on our knees, praying always that the Lord will give us His guidance when those unexpected calls come that catch us off guard, and require a decision right then.

“Lead me, Lord. Lead me in Thy righteousness. Amen.”

This content first appeared on Crosswalk.com and is used here with permission. To view the original visit: https://www.crosswalk.com/blogs/joe-mckeever/when-should-a-pastor-decline-to-marry-a-couple.html