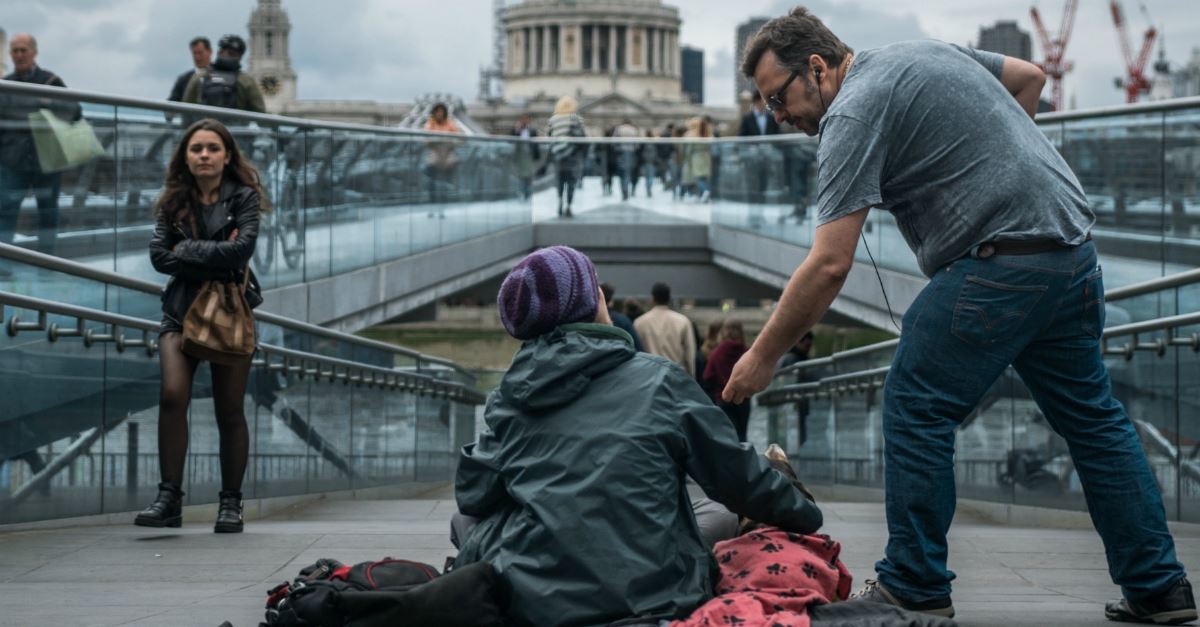 He who has pity on the poor lends to the Lord, and He will pay back what He has given.– Proverbs 19:17

The poor you always have with you, but Me you do not have always.– Matthew 26:11

Scripture has a lot to say about God’s people caring for the needy. But it can be twisted and made to say something other than was intended.

A friend sent me a letter from a disgruntled church member who was complaining that after he lost his job the church did not pay his bills and support him. The friend says the church gave him a great deal of help and “I personally gave him money.”

But it wasn’t enough for the guy, who is now slamming the Lord’s church and wondering “Where is Jesus after 2,000 years?”

I suggested my friend ask the guy how many needy people he assisted when he had a job. I think we know the answer.

When a neighboring pastor was abruptly dismissed from his church, I tried to help him. Since a generous member of my church owned a moving company, we arranged for the pastor to be moved to a city of his choice, at no expense. We gave him some money and he found work at a local department store.

Each week he would visit the local gathering of ministers and introduce himself. One day he said to me, “None of them have ever called on me to preach for them. Nobody around here is helping me.”

Then he asked, “Why don’t pastors help other pastors who are in need?”

I said, “When you were pastoring, how many unemployed preachers did you help?”

A longtime acquaintance with the reputation of a skinflint was visiting in my home in metro New Orleans. Before long he started complaining about the homeless people on the downtown streets.

“Joe,” he said, “you just know those people are able-bodied and could work if they wanted to. They’re just deadbeats. Don’t you agree?”

As I say, I knew this fellow. I’d been his pastor years before and had been the victim of some of his ways. But I no longer felt it necessary to be gentle. Which explains why I said what I did.

I’m still waiting for his answer.

You may think I was judgmental or harsh, and I’m fine with that. I just felt it was time someone spoke plainly to him. Whether it did any good or not is not for me to say. We remained friends–of a sort–and I did his funeral some years later.

Paul told the Galatians how the Jerusalem church affirmed his and Barnabas’ evangelistic ministry among the Gentiles. He said, “They gave me and Barnabas the right hand of fellowship, that we should go to the Gentiles, and they to the circumcised. They desired only that we should remember the poor, the very thing which I also was eager to do” (Galatians 2:9-10).

That deserves a word of explanation and commentary: They were not talking about supporting all the poor people of the Roman Empire. The Christians were few in number and had all they could handle just caring for their brothers and sisters in Christ. Nowhere does Scripture charge the church with feeding all the hungry of the world. And yet, you will sometimes hear this foolishness…

“If the church would just do its job, we wouldn’t need any government programs for the poor.”

All those Old Testament commands about caring for the poor were directed toward Jews who were taking care of their own people. They certainly had every right to reach out to the world’s needy, but that is not a command anywhere.  And in the New Testament, similar statements as the one above (Galatians 2:10) refer to the needy inside the flock of believers.

Yes, let us be faithful in ministering to the needy.  And we should not be overly strict in investigating to see whether they “deserve” our help.

Jesus said, “Give to everyone who asks of you” (Luke 6:30).  It may be necessary to say He did not say we should give them what they are asking for or as much. But give them something, graciously and generously.

Joe McKeever has been a disciple of Jesus Christ more than 65 years, been preaching the gospel more than 55 years, and has been writing and cartooning for Christian publications more than 45 years. He blogs at www.joemckeever.com.

This content first appeared on Crosswalk.com and is used here with permission. To view the original visit: https://www.crosswalk.com/blogs/joe-mckeever/are-you-remembering-to-care-for-the-poor-among-us.html

A Prayer for Memorial Day - Your Daily Prayer - May 25

Dear God, We thank you for the freedom you have given to us. We remember today the cost of it all. The great sacrifice for freedom.